The Battle Against Overwhelming Odds 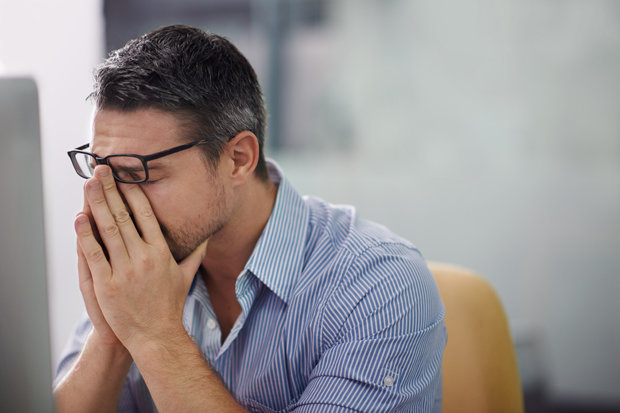 Are you worried for the future, pressured by life’s seemingly high standards, or unable to find joy in small things?

If any of these scenarios ring true for you, you may be in the midst of feeling overwhelmed.

Feeling overwhelmed is a psychological monster that many of us men battle on a daily basis. It is a sense of dread, depression and infinitely more stressful emotions stacked on one another that keep us from appreciating life.

For some, the remedy for “overwhelm” is a traumatic event – something so moving that the concussion alone changes the way we live. For others, the best way to overcome “overwhelm” is by diagnosing emotions and facing them one by one.

Here are the most familiar emotions that makeup “overwhelm.” If we take the time to identify them, breaking free to see a brighter tomorrow will become much easier:

These two works in tandem to build a lifestyle of fear and doubt in our hearts.

There is a reason why sports fans always try to “ice” kickers and basketball sharpshooters; instilling indecision and hesitation invites doubt into the minds of players who must make big decisions.

Overthinking and stalling on choices can freeze our thought processes, leaving us feeling overwhelmed and confused about how to act.

Nothing makes us want to go fast quite like a deep-rooted sense of urgency. Whether it is driving, doing tasks around the house or trying to write emails at work, feeling overwhelmed can push us to act much more hastily than the task usually requires.

Blowing through daily work can become a habit, which means we could become susceptible outside in our personal lives. “Overwhelm” eventually forces us to look passed small, joyful things with the illusion that getting things done faster means contentment.

Procrastination is ultimately a tradeoff: immediate pleasure at the expense of getting things done.

This is an unhealthy practice to get used to. Soon, putting off chores can evolve into not doing the best work in other aspects of our lives.

Eventually, we may end up facing “overwhelm,” and we won’t truly understand how to react when things begin piling up.

Saying Yes Too Much

Agreeing to do more may not be the best idea for those of us who suffer from feeling overwhelmed.

If we say yes too often, the influx of projects and duties will only exemplify the other emotions that we face through “overwhelm.”

“Overwhelm” is a difficult mountain to climb, but taking the easy way out of the fight will only make our fear and paranoia even greater.

Intentionally choosing to bury our feelings is no way to win the battle.

Jumping from thought to thought, project to project is a bad way to address “overwhelm.”

The inability to focus on primary objectives and work that needs the most attention bolsters our to-do lists, which can leave us with a stronger “overwhelm” to defeat.

“Overwhelm” is a common reality that we men do not have to face alone.

The Manfulness Living group invites you to journey with us into a wider, more powerful world that goes beyond the borders of your emotions.